It's that moment that the crowd unites and the beat is supreme.. “Go like this when the bass drops… (Arms outstretched, bouncing like your holding a medium to large sized exercise ball).  It’s that moment that the crowd unites and the beat is supreme.  It’s just got that bass.” –Jason Hann, EOTO

It seems that bass rattled my very essence, my thought patterns…It shook me up, and that’s for sure.  I am meticulous.  I rarely loose things, it’s just not who I am.  Late into the night, well after the marquee had shut down its lights I found myself lying awake in bed, still vibrating.  The next morning I realized that I had lost my notebook.  An entire 8.5 x 11” notebook lost?

“I could die right here on this floor and I’d be happy….” – overheard in the crowd

EOTO is an improvised-live-electronica-filthy-funk-dubstepped-in-it-dropped-bass-splatter-your-mind-into-colorful-paint-blots-on-the-wall sort of experience that is not to be missed.

Michael Travis and Jason Hann met while playing in the String Cheese Incident together.  After SCI practice would wrap up, the two would stay up till the early hours of morning mixing and making their new breed of music. This animal has now evolved into something they figured the rest of us would like to hear.  The only similarity between their SCI roots and this latest project is the collaboration aspect.  Art is happening everywhere: painting, filming, writing...  EOTO provides the soundtrack for being creative in the moment.

“We found our voice.” –Jason Hann With bands such as STS9 paving the way for an evolved sound, EOTO has gone beyond those boundaries creating a full sound with just the 2 performers on stage.  Don’t let me paint that the wrong way, however.  Just 2 performers give the crowd the energy of 12, to be sure.  Travis is a connecting agent, making all the right moves to gesture the audience’s participation while Jason is a nonstop beat machine on the drum kit.  His never ending smile while pounding out the paradiddles is passionate, compounded, and then expanding on the groove.

This groove drives the hours into a late night atmosphere.  When playing the big festivals, EOTO is most famous for the late night set.  If you think about it, that makes perfect sense considering how hard one dances to the beat.  Nobody wants to be pushing themselves to the limit of that kind of dancing while out in the mid-day sun.  When I asked Jason how he does it – How does he manage to continue the relentless touring and the late night hours he responded: “Polyphasing sleep.  I take lots of naps during the day – leaves me in the mystical zone –  I have more energy by sleeping less but more frequently.”

These kids pop lock and drop. They don’t need any hula-hoops to really work it. Plus, they are packed in, bodies on bodies, no room for the hoops here.

Can Boulder dance off to the potential vibes EOTO is sending?  They sure tried like hell. I’m curious what the Midwest and the real dancers look like getting down to some EOTO.  Yes Boulder-ites, I am issuing a challenge.  Show me how to drop those hips and separate your torso from your belly.  Go like This when the bass drops. I dare you.

Check out more of June's photos from the show. 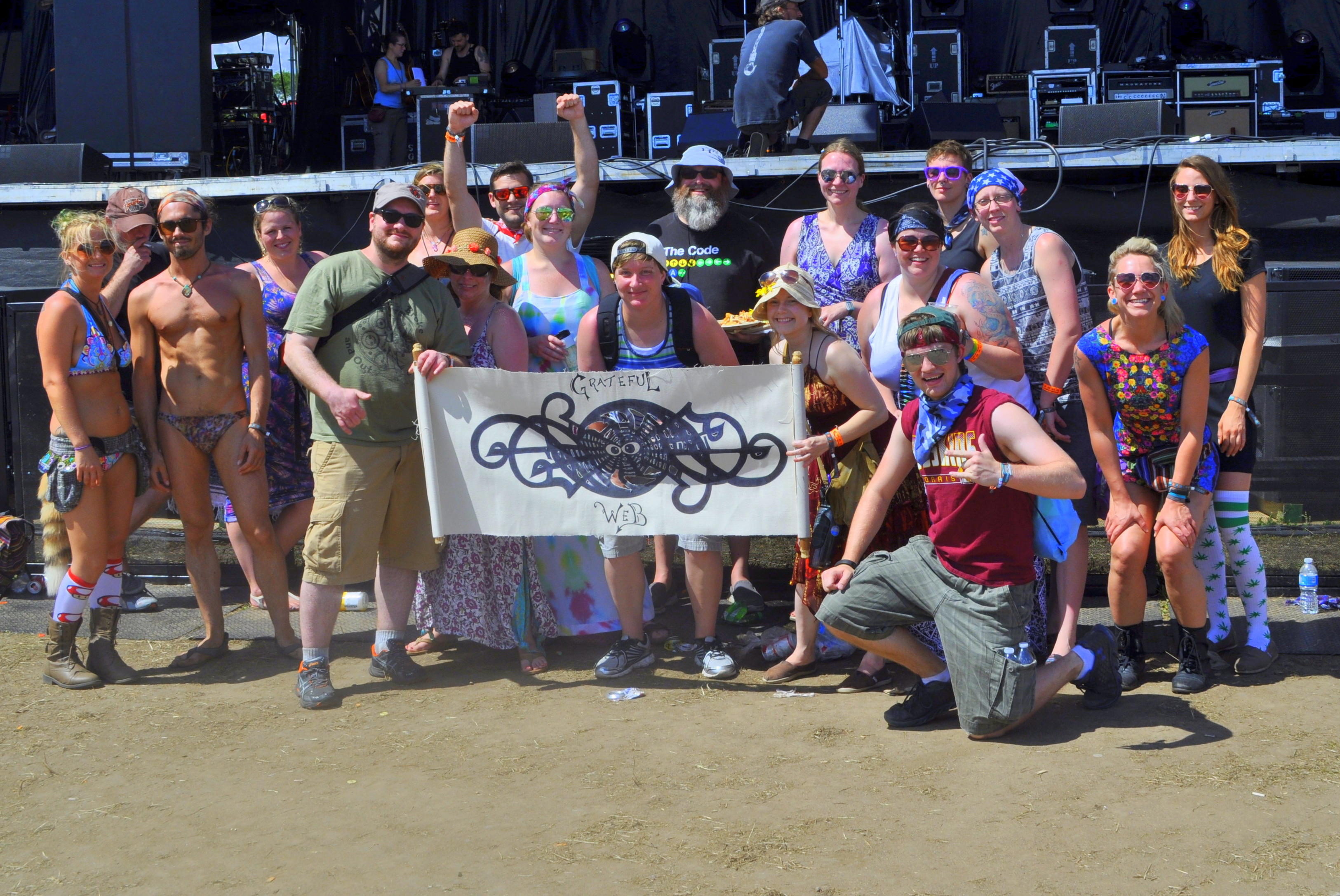