Article Contributed by Big Hassle Media | Published on Saturday, May 30, 2020 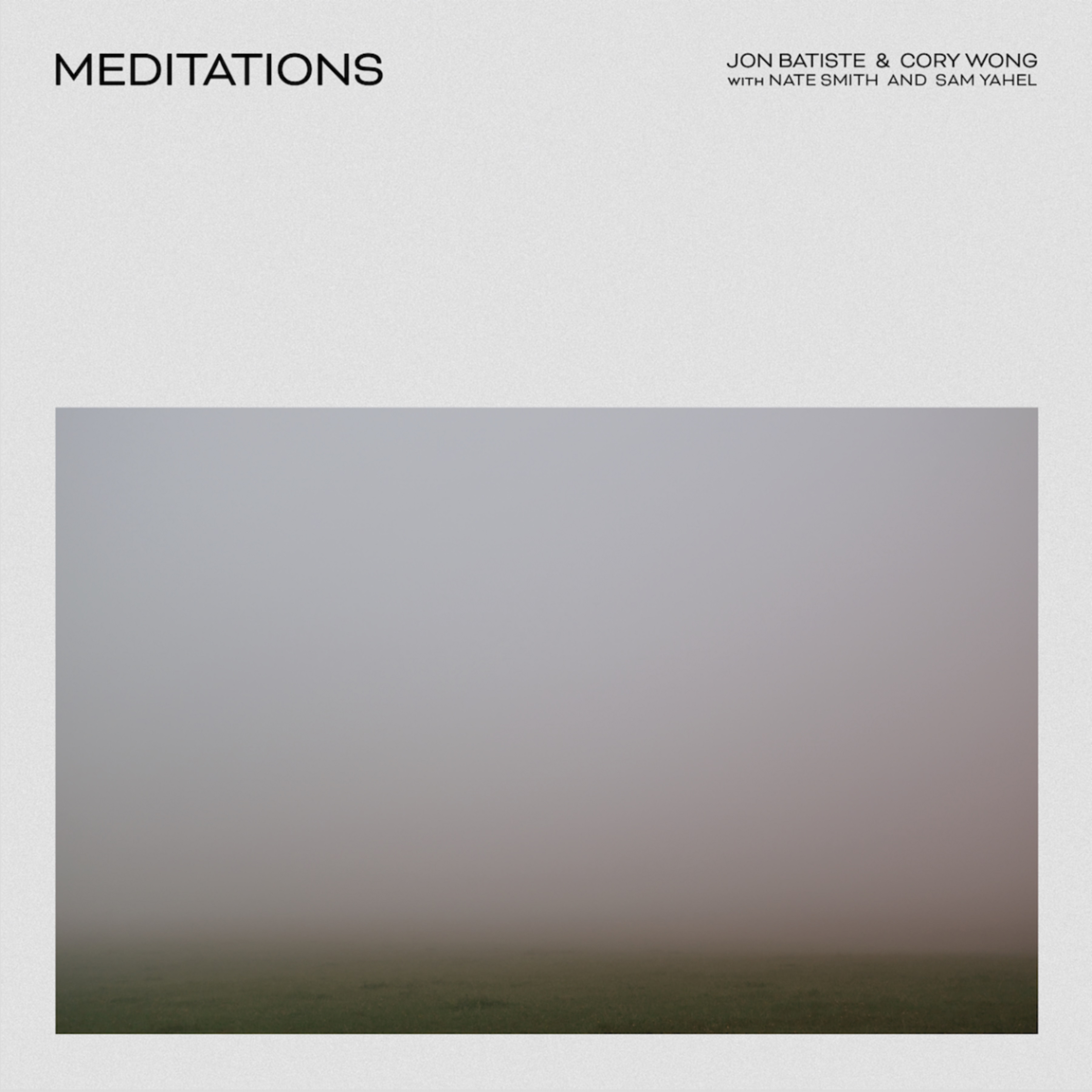 Jon Batiste and Cory Wong announced today’s release of Meditations. The collaboration is the result of three nights of raw improvisation in the studio and features performances from Nate Smith and Sam Yahel. Meditation relies on instinct alone. It is a cathartic, spontaneous record derived from the immediate musical and spiritual bond between Wong and Batiste with the intent to heal through music.

Wong and Batiste met while performing on Live From Here and immediately formed a bond. “It’s really rare to find someone that you connect on the deep musical and personal level,” says Wong. “There’s something unexplainable in art and spirituality that has a way of bringing its history to the surface when we allow ourselves to be vulnerable. When Jon and I play, there’s no ego or competition…we just play… we end up seeing much more of each other as humans… it’s really hard to explain, but it’s something that I’ve had with only a handful of people.”

In the summer for 2019, Wong joined Batiste on The Late Show with Stephen Colbert where they started improvising with each other between soundcheck and in Batiste’s dressing room. It was during these jam sessions that they decided to collaborate on an improvised record. In September of 2020, Wong joined Batiste on The Late Show again. Batiste worked on his album in the morning and after taping The Late Show, they went back to the studio to record together at night. “We recorded the album straight through without stopping,” says Wong. “We wanted to take the whole journey of the album each time.”

“The album is called Meditations because of the origin and intent of the music. Jon and I both have a pretty hectic schedule on a regular basis. Music is both our job, and our escape. The intention of making this album was to find ourselves in a healing place with the music. We’re not chasing radio play or a Billboard hit with this particular collection of music…we’re chasing that feeling of freedom and healing that comes from that place that gives us that deep connection on a human and spiritual level. Hopefully the listener will connect with the music in a way that allows them to connect to themselves in a new way.”

Minneapolis-born Cory Wong is best known for his funky guitar work and touring worldwide playing his original music on the biggest stages. You may have seen him as a guest with the house band on The Late Show with Stephen Colbert, as well as a member of Vulfpeck and the Fearless Flyers. Upon meeting Cory, Vulfpeck welcomed him as a frequent collaborator and member of the band, and later the group named their most popular instrumental track "Cory Wong" in tribute. Lighting up the stage in the band everywhere they perform, including most recently at a sold-out Madison Square Garden, he remains a cornerstone of Vulfpeck’s storied gigs.

Cory has blossomed into a celebrated artist in his own right, releasing solo albums including last year’s Billboard top 20 record Motivational Music For The Syncopated Soul, Elevator Music for an Elevated Mood and most recently Live In Amsterdam’ With The Metropole Orkest, which charted at #10 on the Billboard Jazz Chart.

Jon Batiste is an American virtuoso pianist, bandleader, composer, record producer, educator and actor. As a teenager, he began self-producing and releasing his music on the internet, as well as performing internationally. His major label debut Hollywood Africans was nominated for a GRAMMY award for Best American Roots Performance in 2019 and, along with his band Stay Human, he is featured nightly on The Late Show with Stephen Colbert. His music is featured in the 2020 Disney Pixar film Soul, and his composing and songwriting will be featured in his large scale, genre-melding symphonic work “American Symphony,” set to be performed at Carnegie Hall in 2021.

Jon is committed to the education and mentorship of young musicians. He has led his own Social Music Residency and Mentoring Program sponsored by Chase, as well as master classes throughout the world. He has also led several cultural exchanges, beginning in 2006, while still a teen, with the Netherlands Trust, which brought students from the USA and Holland to perform with him at both The Royal Concert Gebouw and Carnegie Hall.