Jackson, Tenn. adds two new offerings at the Legends of Tennessee Music Museum at The Carnegie that are sure to have tourists strapping on their “Blue Suede Shoes” and “Hard Rock”’ing and rolling to the musical heritage in the city. In a ceremony hosted Monday by the Jackson Tennessee Convention and Visitors Bureau with presentations from Jackson city Mayor Gist and Madison country Mayor Harris, the Legends of Tennessee Music Museum was presented with Carl Perkins’ Harmony Stratotone guitar by owner Dr. John Jennings.
“I was visiting Jackson in 1996 and went to dinner at Carl Perkins’ Suedes Restaurant,” recalls Jennings. “I observed a picture on the wall with Carl Perkins and the Perkins Brothers Band. I recognized the guitar strap, the case sitting on the floor behind Carl and the distinct features of the early 1950’s single pick-up Harmony Stratotone.”
Perkins who was in the restaurant that day spoke with Jennings and confirmed that Mr. Rinks, the person from which Jennings had purchased the guitar, had indeed bought the instrument from the store where he traded it. Perkins was interviewed by the Jackson Sun in 1996 about the instrument stating that “I really would like to have it back. In fact, I’m going to get it back if I have to give him a Les Paul.” Jennings chose to keep the historic guitar, Perkins’ first electronic guitar, in his personal collection, but was happy to present the instrument to the museum for display.
Following this presentation, Jackson, Tenn. native and music/culture branding mogul Isaac Tigrett returned home to preserve an important part of the Hard Rock Café story. Tigrett co-founded the iconic world famous Hard Rock Café and House of Blues brands.
“How lucky could I be to be raised in Jackson, Tennessee,” says Tigrett. “Halfway to Memphis --- Sun Records, Stax --- and the other half in Nashville, Tennessee. You should all be very, very proud to reach back to your history and your culture here in Jackson."
Tigrett unveiled the relaunch of the iconic Hard Rock Café Jackson merchandise line. The Hard Rock Café Jackson t-shirts will only be sold at the Legends of Tennessee Music Museum at The Carnegie in Jackson, which hosts a harmonic homage of exhibits to Tina Turner, Carl Perkins, Eddy Arnold, WS Holland, Isaac Tigrett and other music industry icons that were birthed along the Americana Music Triangle.
“This strip of highway between Nashville and Memphis would host the inception of Rock-a-Billy, while the blues simultaneously flowed through the cotton fields,” says Jackson CVB Executive Director Lori Nunnery. “We are honored to see this new piece of Carl Perkins’ story finding a home in Jackson. I’m also elated for Hard Rock Café co-founder and Jackson native Isaac Tigrett to reconnect with this community by spearheading the campaign to re-launch the musical milestone set with the opening of the Hard Rock Café in Jackson.” 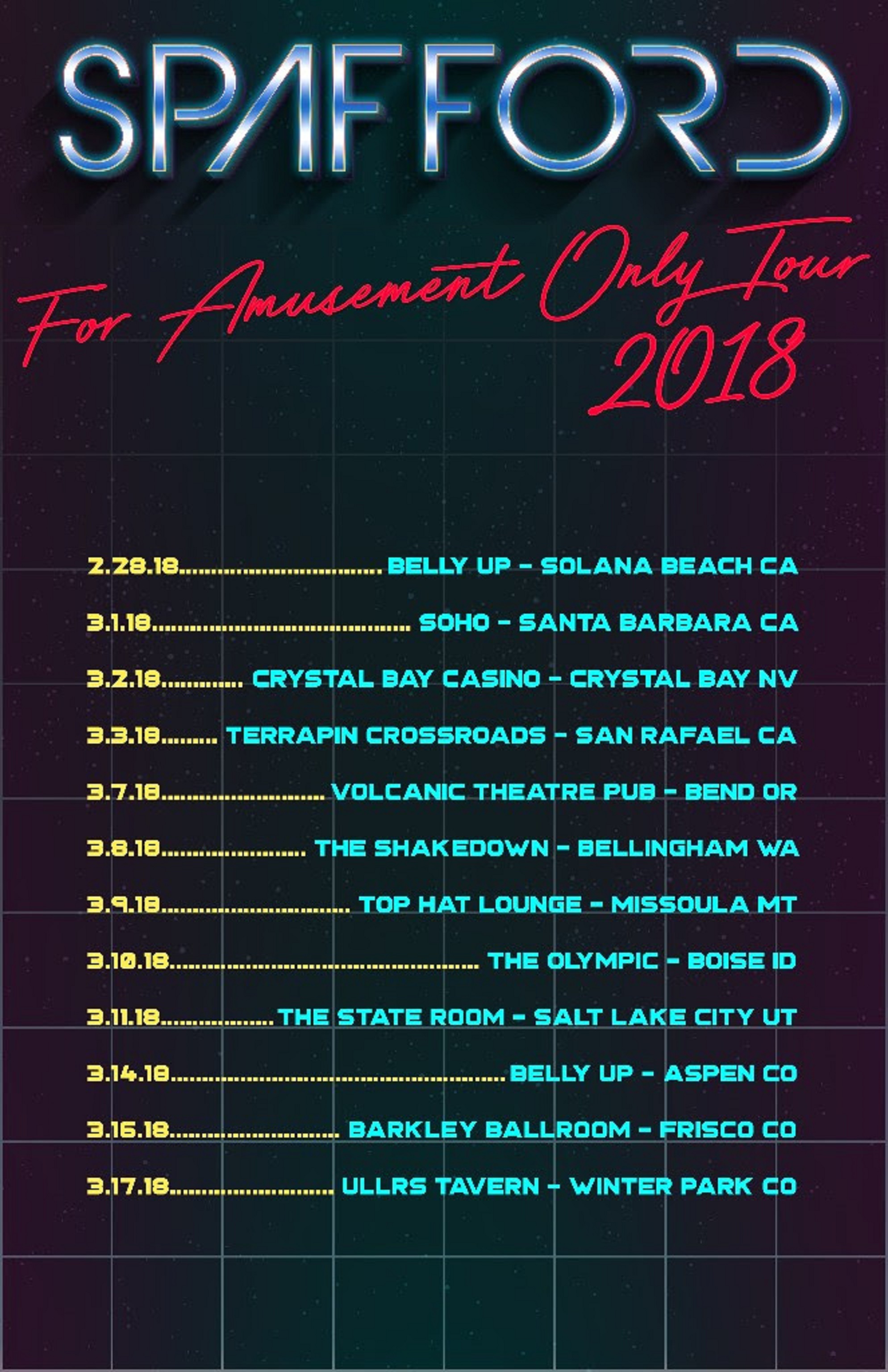 Spafford Adds Additional Dates To 'For Amusement Only' Winter 2018 Tour