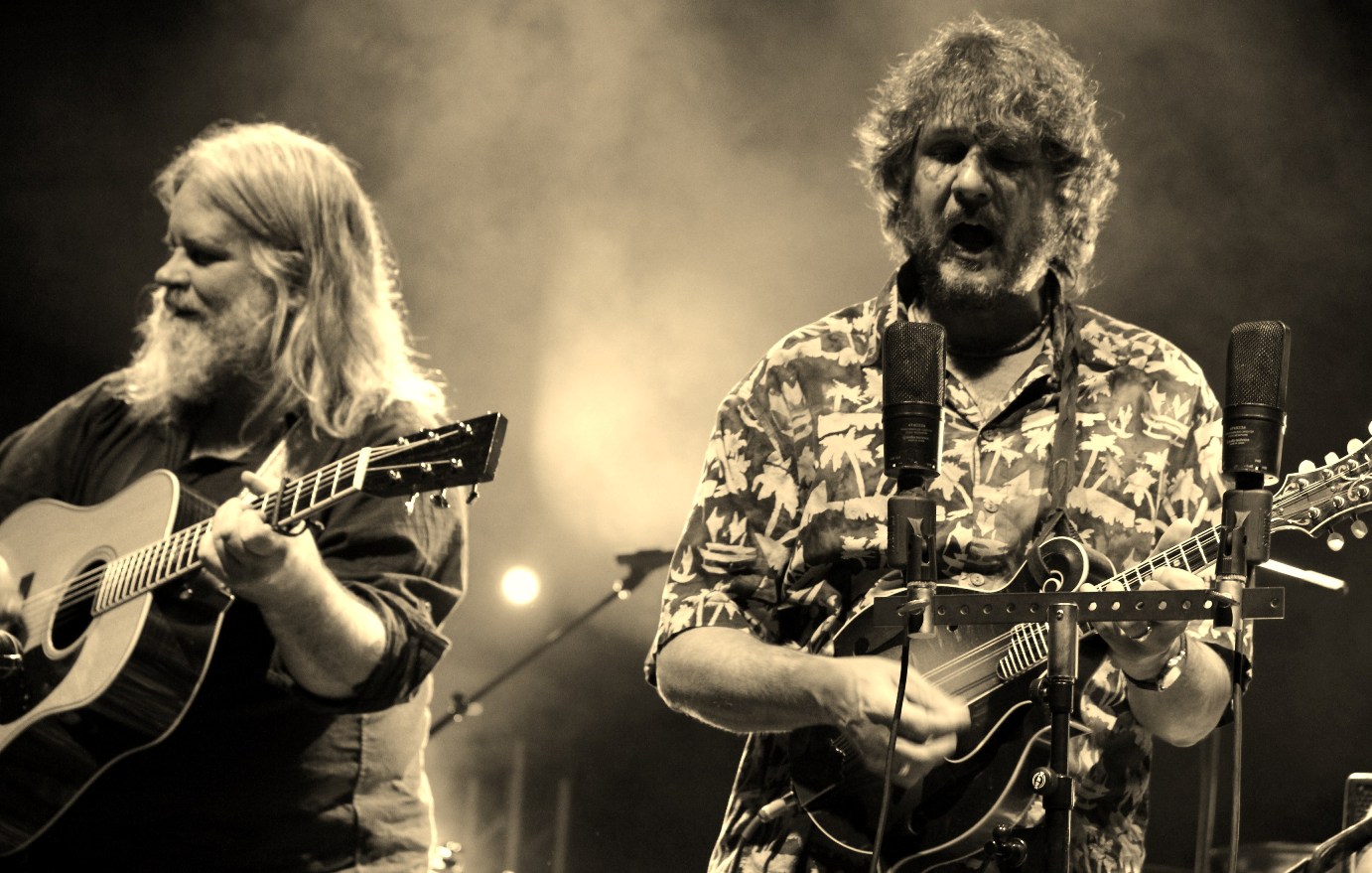 Though the lineup would change through the years, the foundation of Leftover Salmon remained strongly rooted in the relationship between co-founders Emmitt, Herman, and banjoist, Mark Vann, proceeding through a decade of constant growth and nonstop touring.

On March 4, 2002, Vann lost his battle with cancer. He was only 39 years old. Herman issued in memoriam: "Mark lived life to its fullest and he would insist that we do so as well," so LoS carried on through a succession of replacement players including Matt Flinner, Scott Vestal, Tony Furtado, and Noam Pikelny, but then took a hiatus from touring at the end of 2004.

Had they never played another note, the Leftover Salmon legacy would have been secure; but in the summer of 2007, the band were ready to hit the road again. Soon after, banjo phenom Andy Thorn was brought into the group, a new album, Aquatic Hitchhiker, (2012) was recorded and released to critical acclaim, NPR’s Mountain Stage, for instance, heralding the group as “one of the most beloved acts on America’s summer-festival circuit.”  Said Drew Emmitt of the band’s resumption, “The time is right for this band to come back on a lot of levels. It’s taken us a little while, but I think we’re finally there.”

Enter a man named Bill Payne, who had been circling the LoS orbit for some time now, having produced their 2004 self-titled album. Payne, who had already achieved legendary status as co-founder of the celebrated hybrid country rock outfit, Little Feat, was regarded as one of the finest keyboardists in the biz. By the start of 2014, however, he had also clocked a significant amount of stage time with Leftover Salmon.

And so it was that just a few short weeks ago, September 15th 2014, to be exact, Vince Herman officially inaugurated Bill Payne as an active member of Leftover Salmon in front of 2,500 ravenous fans at the Ryman Auditorium in Nashville during the band’s 15th anniversary celebration of their much-loved 1999 album, The Nashville Sessions. How perfectly appropriate!

High Country is a 12-song, rock/country/bluegrass/blues masterpiece, featuring 10 spanking new LoS offerings, including Thorn’s rollicking title track complete with requisite blistering banjo solo, Herman’s Cajun-flavored kick off, “Get Up And Go,” but also sporting 2 covers- a Payne/Robert Hunter tune called, “Bluegrass Pines” and a Lowell George/Keith Godchaux classic, “Six Feet Of Snow,” immortalized on Little Feat’s, Down On The Farm. Then there’s Emmitt’s progressive ramble n’ roll, “Two Highways,” destined to become a LoS classic. All in all, High Country slips seamlessly in and out of character, disposition and style offering the full palette of Leftover Salmon’s aesthetic, from lightening-powered pick n’ grin to thoughtful blues balladry and all in between. The record’s a classic, if we’ve ever heard one.