Article Contributed by Dark Star Orchestra | Published on Thursday, May 4, 2017 Continuing the Grateful Dead concert experience in its 20th year, Dark Star Orchestra today announces special plans for The 40th Anniversary Shows as a celebration of the Dead’s infamous May 1977 tour.

Through this upcoming May Tour, DSO is recreating five historic show setlists from the Grateful Dead’s 1977 Spring tour on the exact 40th anniversary of the respective shows’ dates. Unlike last week in New Orleans, where the band announced they’d recreate the GD’s 4/27/77 show on its four-decade-to-the-day anniversary, this May, DSO is not divulging which exact dates those shows will fall. Rather, the band is letting the fan base guess the dates as the tour progresses.

With the Grateful Dead’s official release this week of the famed 5/8/77 Barton Hall show and the band’s May 1977 box set, DSO is excited to bring these classic Grateful Dead setlists to life on the 40th Anniversary this month.

DSO rhythm guitarist/vocalist Rob Eaton offers “The Spring 1977 GD is special because it's when I truly ‘got it.’ Not that I wasn't a Deadhead already, but what I witnessed in May of ‘77 changed my life forever.”

“For the first time in DSO's history the dates and times have collided and it's given us an opportunity to honor the great GD Spring 77' tour. We plan on playing five of the Dead's set lists on the exact dates 40 years to the day and quite frankly to the hour. Ten days on our spring tour fall on dates The Dead played in May, of those ten we chose five dates where we will honor those sets. We are calling them The 40th Anniversary Shows. We aren't announcing which dates those will be just that we will be doing some. I’m really looking forward to this special tour!”

DSO’s keyboardist Rob Barraco also attended more than a handful of these dates in May 1977 including the 5/8/77 Barton Hall performance. “Spring ‘77 is considered by many the highwater mark for the Grateful Dead. Having attended a huge portion of these shows, I concur! We are pleased to play these shows on their 40th anniversary,” said Barraco.

While Dark Star Orchestra celebrates our 20th year on the road we are inviting you to join us for a soundcheck viewing and poster signing. At most, if not all shows throughout spring & summer 2017 and running through the 20th anniversary on November 11, 2017, Dark Star Orchestra is offering this VIP experience to the first 25 fans that take advantage of it. For those venues that DSO plays multiple nights, this offer is for the first night only. VIP Soundcheck/Poster Signing pass include exclusive pre-show access to the venue, exclusive behind-the-scenes Dark Star Orchestra® Soundcheck Experience, 20th year commemorative poster and poster signing with the band, 20 year souvenir laminate and sticker.

These VIP Soundcheck/Poster Signing passes are sold exclusively through our fan club ticketing on the Dark Star Orchestra web site and are sold separate from the tickets to the show. This VIP pass does not include entry into the show.  These VIP passes are available now via DarkStarOrchestra.net. 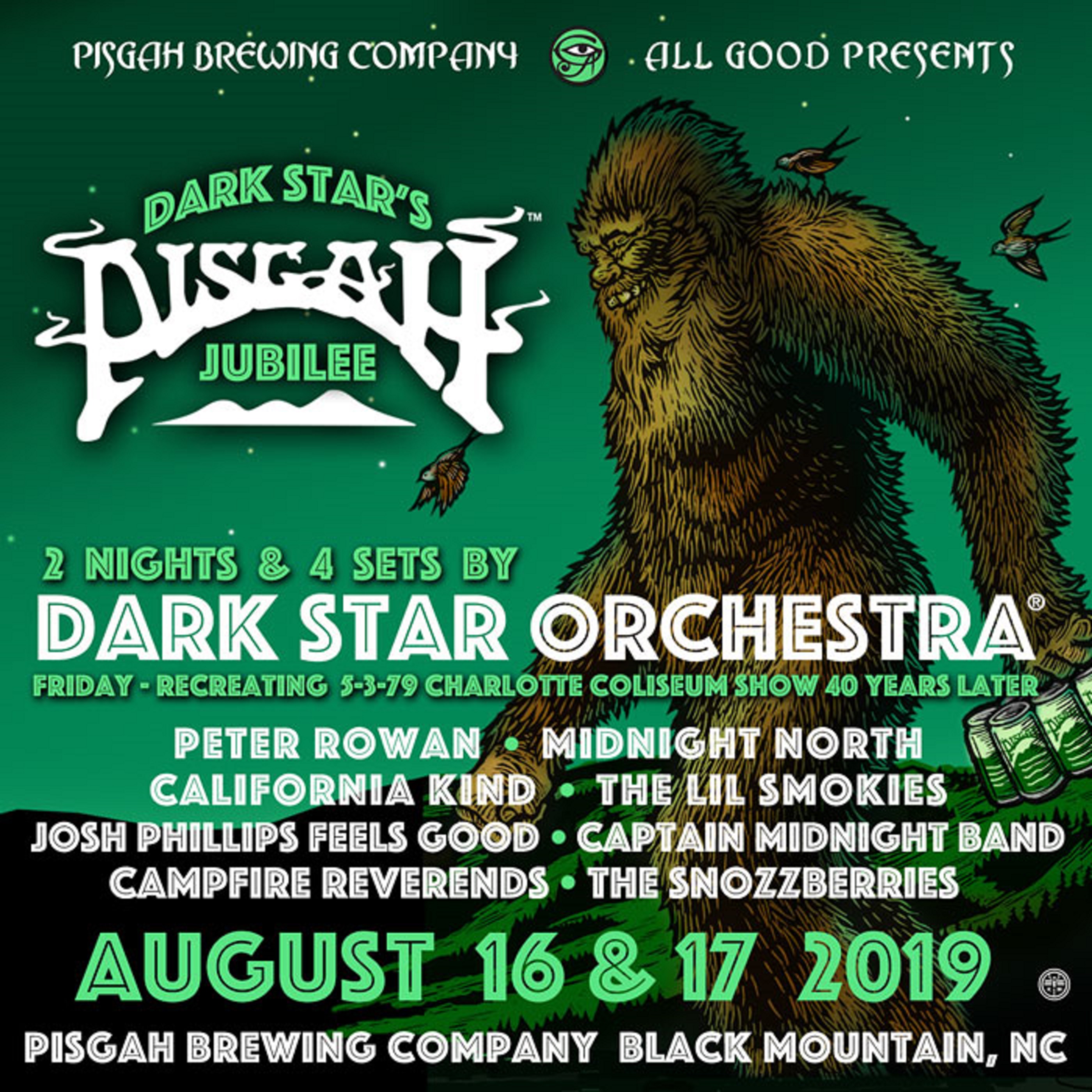