In addition, Off-Site RV Spaces are now on sale for the first time. RW organizers created a new off-site RV camping area after the on-site RV spaces at the festival’s venue, Pop’s Farm, sold out in record time. The new off-site lot is approximately 1.2 miles from the entrance to Pop’s Farm and will be serviced all weekend by free fan shuttles that run on a constant loop to and from the venue.

Tickets are now on sale through the festival’s website, www.roosterwalk.com.

RW12 will take place Thursday-Sunday, May 21-24, 2020 among the rolling countryside surrounding Martinsville, Va. Rooster Walk is a 4-day festival celebrating music, art, and the great outdoors at the idyllic Pop's Farm venue. With 40-plus bands performing on 6 different stages, an eclectic roster of great music guides the Rooster Walk experience.

“We’re really excited about these amazing additions to the Rooster Walk lineup,” said Johnny Buck, co-founder of the festival. “We’ll be hosting phAb for their East Coast debut. Paul Hoffman, Anders Beck and the special band they create for this set will put a rock/jam twist on some of their favorite Greensky songs, while also playing some totally different material. The Floozies and Spafford are going to bring a hearty dose of late-night revelry to Pop’s Farm, while bands like NO BS! Brass, Kitchen Dwellers, Crawford & Power, Striking Copper and Pirates of the Piedmont will be making their Rooster Walk debuts.”

Rooster Walk has been named one of the Top 5 festivals in the state by the Richmond-Times Dispatch. It also has been voted the region’s Most Creative Charitable Event by readers of Virginia Living Magazine. The festival was created in memory of late Martinsville natives Edwin “The Rooster” Penn and Walker Shank, who graduated from Martinsville High School in 2000 along with Buck and fellow festival co-founder William Baptist.

A portion of proceeds from the festival will be donated to local and regional charities, including Rooster Walk’s own Penn-Shank Memorial Endowment Scholarship Fund for students at Martinsville High School, and the Rooster Walk Music Instrument Program for public band programs in the local city and county school systems.

The festival is produced by Rooster Walk Inc., a 501c3 nonprofit dedicated to promoting music, arts and education in its home of Martinsville-Henry County. Since 2009, Rooster Walk Inc. has donated more than $215,000 to local and regional charities. Rooster Walk postponed until next year (May 2021) 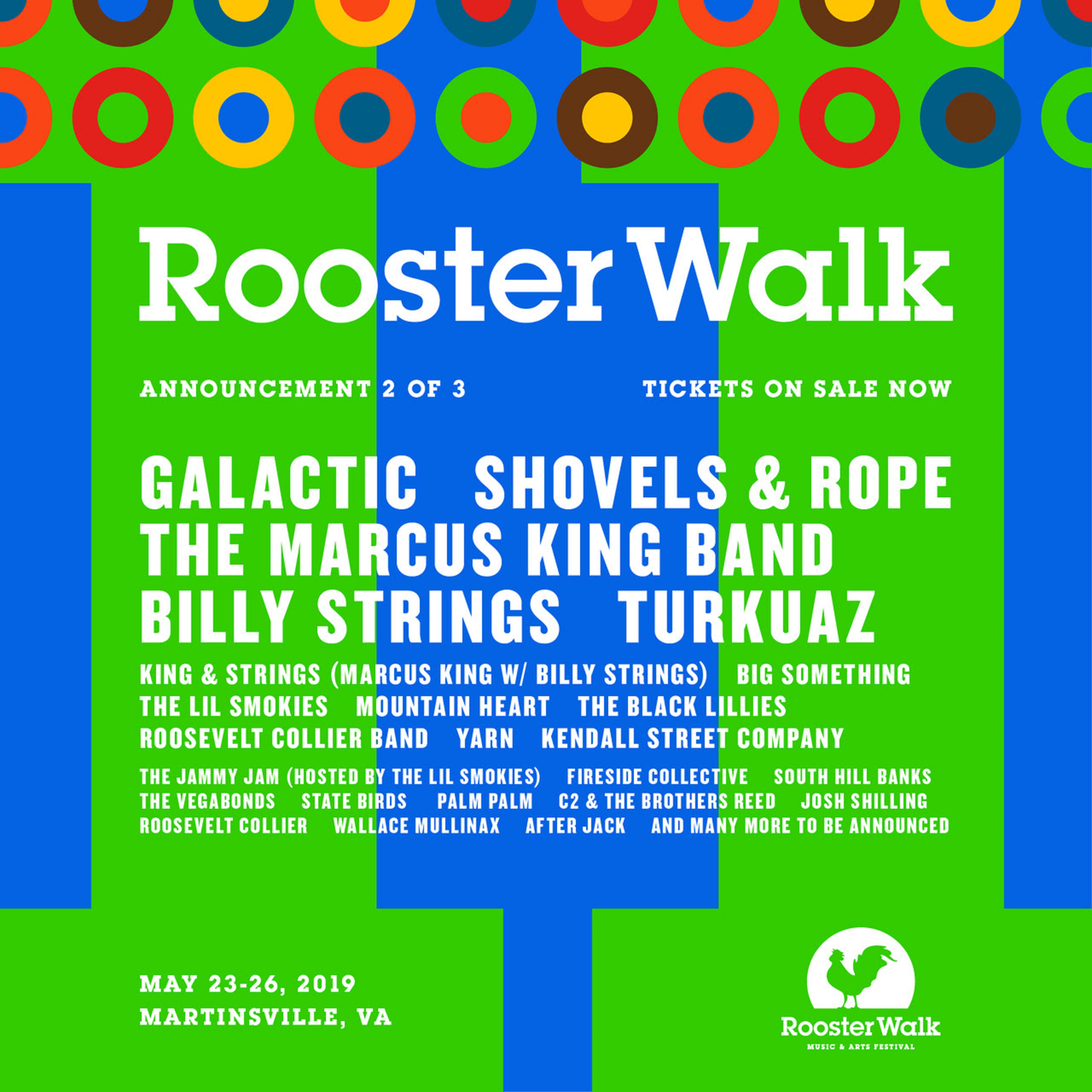