Article Contributed by press | Published on Monday, May 23, 2011 Since his earliest recordings in the 1960s, pianist, keyboardist, and composer Chick Corea has consistently taken the creative process to a level that transcends conventional musical doctrines. After spending his formative years with artists as diverse as Miles Davis, Herbie Mann, Stan Getz, and Sarah Vaughan, Corea helped redefine the boundaries of jazz as a founding member of the acclaimed Return To Forever, one of the most innovative and daring jazz fusion collectives of the last half-century. In more recent decades, as the leader of numerous projects that have explored various aspects of the musical landscape, he continues to be an influential force in modern jazz.

In celebration of Corea’s 70th birthday this summer, Concord Music Group provides a look back at three decades’ worth of brilliant recordings in The Definitive Chick Corea on Stretch and Concord. The sweeping two-disc collection — the latest in CMG’s ongoing Definitive series — begins with some of Corea’s best sessions with Stretch in the early 1980s and follows him through the end of the century to his work on Concord up to 2009. The Definitive Chick Corea on Stretch and Concord is set for release on June 7, 2011, just days ahead of the artist’s 70th birthday on June 12.

The collection is being released simultaneously with Forever, a new two-disc electric/acoustic set that Corea recorded live with Return To Forever bandmates Stanley Clarke and Lenny White — along with, on disc two, a few high-profile guests (Chaka Khan, Jean-Luc Ponty, and Bill Connors) — during a world tour in 2009. A previously unreleased version of Corea’s well-known “La Fiesta,” captured during this tour, is the closing track on The Definitive Chick Corea.

Even a quick glance at the range of material in this collection — 21 tracks in all — provides an impressive perspective on the breadth and depth of Corea’s imagination, according to veteran music journalist Don Heckman, who wrote the liner notes for the set.
“Start with the all-star collectives of the early ’80s that find him in the company of such jazz stalwarts as Michael Brecker, Joe Henderson, Roy Haynes, Lee Konitz, and Gary Peacock, to name only a few,” says Heckman. “Add the musical encounters with old friend and frequent collaborator Gary Burton, the first Origin tracks and a glimpse of Chick’s insightful approach to standards. And, in the 2000s, more unusual musical encounters, this time with Bobby McFerrin, Béla Fleck, Hiromi, John McLaughlin, and again Burton, as well as the Elektric and Akoustic Bands.”
As to the divine nature of the creative process, Heckman recalls a quote from Corea himself about the higher channel that every artist eventually dials into: “Your tastes can change from day to day,” says Corea. “But the whole point of being an artist, with my groups, has always been spirituality, art as spirit. That’s our message, and translated into human rights terms, it’s freedom of expression. Freedom of thought, which is actually broader than freedom of religion . . . Freedom to think as you will. Which means freedom to pray, practice your own religion, play what music you want, say what opinions you have, communicate as you want. And that’s our premise.”
The music within The Definitive Chick Corea on Stretch and Concord exemplifies Corea’s unwillingness to be restricted by artificial boundaries, says Nick Phillips, Concord Music Group’s Vice President of Catalog and Jazz A&R and co-producer — in collaboration with Corea — of this collection. “One of the many amazing things about Chick is just how restlessly creative he is — not only as an instrumentalist, but also as a composer,” says Phillips. “He’s a true artist who’s not driven by fickle trends, or some conventional norm about the way a jazz tune should be written or played. He’s driven purely by his own boundless creativity, and he has demonstrated that throughout his career. That’s what shines through on these tracks and that’s why each one is timeless.”
Heckman sums up the release as “a three-decade, double-disc album of selected musical scenes from a richly creative life. An album guaranteed to appeal to Chick’s dedicated fans, as well as the lucky listeners who will be experiencing the pleasures of first discovery.”
TRACK LIST:
Disc 1
Tap Step
Quartet No. 1
Folk Song
Duende
Windows
Armando’s Rhumba
Bud Powell
Dreamless
Wigwam
Spain
It Could Happen To You
Disc 2
Blue Monk
Bessie’s Blues
Johnny’s Landing
North Africa
The Fool on the Hill
Señorita
Crystal Silence
The Disguise
La Fiesta [previously unreleased]
Fingerprints 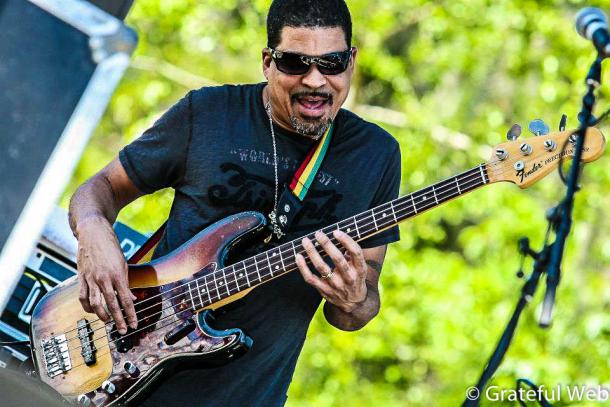