Ben Gourley of the Rumpke Mountain Boys (RMB) released his first solo album Lost in the Shuffle on May 15.  The album was created and recorded  at his home recording space during the quarantine of 2020. The unique feature of this album is Gourley recorded all parts himself, making this album completely his own composition.

Following the announcement that venues and clubs nationwide would be closing, Gourley began recording as a response to his desire to play music. With no shows for the foreseeable future, this was his way of continuing to get his music out into the world.  The recording process was different from what he had done in the past, as there were no other musicians to collaborate with this time.  The new album includes his usual mandolin and tenor guitar, but also consists of bass,cuatro, six-string guitar, electric mandolin, dulcimer, slide mandolin,slide tenor guitar, electric tenor, electric six-string guitar, and percussion (fashioned from items around the studio) as well as using his signature vocals and deep lyrics to round the album.

“Lost in the Shuffle” has a folk/grass/acoustic, singer-songwriter sound with a few twists into other styles and genres. The album was recorded using only a laptop, USB microphone, a selection of instruments, and a handful of friends knowledgeable and willing to help. It was created pulling from Ben’s songs that had never been recorded prior. After recording and mixing the music, Gourley collaborated with Jesse Barnes, entrusting his expertise in mastering the album.

Vanessa Jo Bahr, professional printmaker and artist, designed the artwork for the album cover. She creates prints from hand-carved plates, including relief/block prints, intaglio carvings and copper etchings. For this particular project, she carved a block of wood, also known as a woodcut, with imagery relevant to Ben’s music and lyrics. After carving, the wood block was hand-inked and pressed onto specialty paper, which resulted in the finished print. Each print was then individually water-colored to create the final product that is available for purchase as a limited edition run of prints. These prints were made in the same house, under quarantine, that Ben Gourley recorded his album: the two working side-by-side throughout the entire process.  Gourley revealed, “Lost in the Shuffle" really came together quickly and extremely harmoniously, it seemed almost like each upcoming hurdle in the process was met serendipitously with the generosity and kindness of the community. It’s been a pleasure from the start, an incredible affirmation of the friends and fan-base that has formed behind RMB and in turn, me as well. I hope the demonstration of new creativity and growth will show in times of bleak isolation as the first sprouting life of Spring and inspire those at home to create new art as well, whatever their medium may prove to be.”

Lost in the Shuffle is something everyone can relate to, whether in our everyday lives or in the bigger picture. It can be easy to get “Lost in the Shuffle” but we have each other and can make it through together.  Ben Gourley’s new album is now available for digital download and you can purchase it here. ‘Two Rivers” Celebrates the Town of Lyons and the Music Community 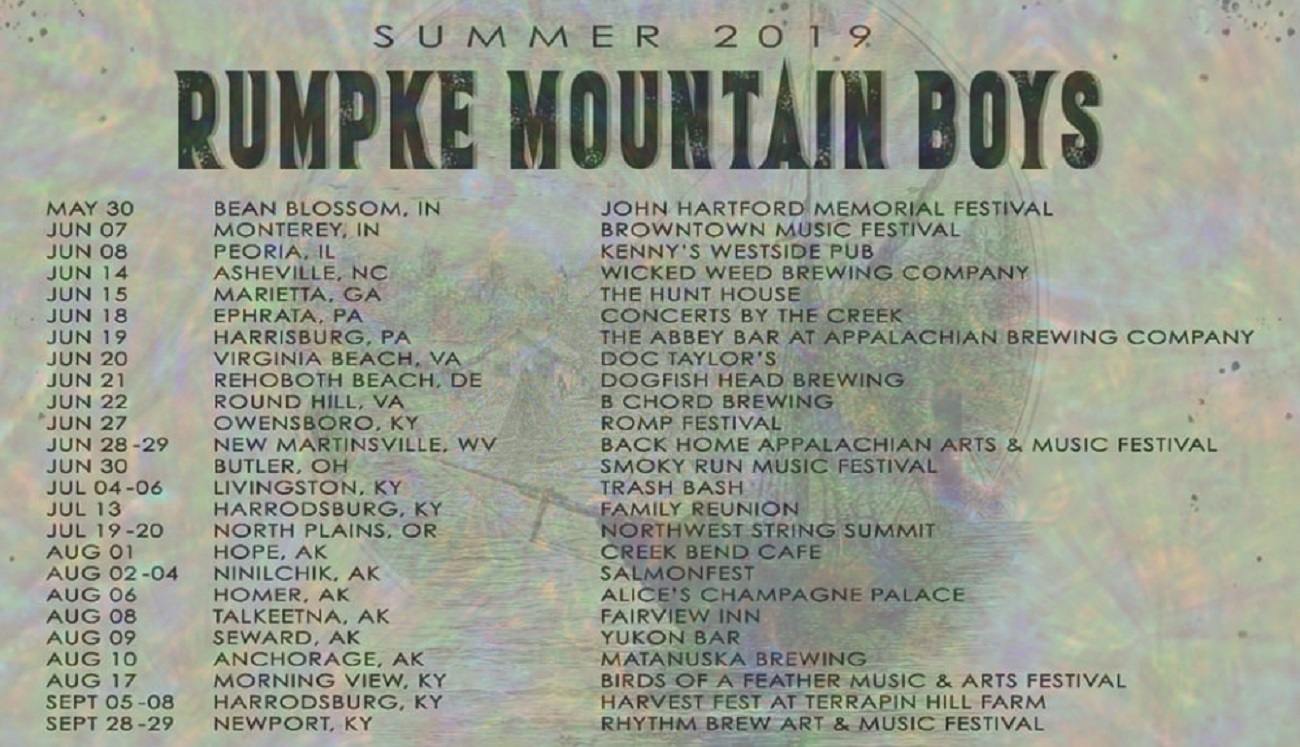 Rumpke Mountain Boys Hit the Road on a Huge Summer Tour, from the East Coast to Alaska