Bruce Springsteen not only has a new album out with the E Street Band, (their first since 2003) but the group is back together again, launching a tour in October.  The album, "Magic" brings 11 new Springsteen songs to the Archives of Eternal Americanna. Their last contribution was "The Rising" in 2002.

The first single released will be "Radio Nowhere", where, as with most Springsteen songs, you feel strange echoes of familiarity stirring in the back of your brain, though you've never heard or read the lyrics before:

Speaking of the Archives of Eternal Americana, this follows his tribute to actavist and singer/songwriter par excellance, Pete Seeger.  Bringing Seegers' music and the American Roots traditions he helped preserve to the forefront.  17 gospel, blues and folk musicians contributed to the project, which also included E Street Band member Soozie Tyrell.  The traditional songs featured included legends like "John Henry" and "Jesse James".

Springsteen returns in this album not only to some of his earliest music, but Americas' earliest music, which both have strong ties to Southern New Jersey. Not far from Springsteens' home base, Asbury Park, are the Pine Barrens. There, the roots traditions Seeger' popularized and preserved still thrive. It was to this rural, heavily forested area of about 1.1 million acres that objectors and deserters fled the Revoloutionary War. They remained there, and their music, like the area itself, hasn't changed a whole lot, (except now people drive down from the Hamptons to see the music there).

Though it has changed and evolved over centuries, with each musician adding their own touch to the way the songs are played or voice to the story the songs tell, the music remains essentially the same as it was when played in the 1700s. In these songs, the rich cultural heritage of Southern New Jersey has been voiced for centuries, as they have in Springsteens music.

Like Seeger, Springsteen has, throughout his career, not only written artfully lyric folk songs but has kept political and social issues at the forefront of much of his work. This is reflected in his album. For example, he links Seegers' "Bring 'Em Home" to "When Johnny Comes Marching Home" after adding a few verses of his own.  He, as Seeger did, breathes new life into music that has spoken in the voice of multitudes for centuries.

Springsteen has always alternated folk-oriented albums with more mainstream work.  For example, the E Street Band temporarily disbanded and Springsteen released two solo albums at once in 1992, "Human Touch" and "Lucky Town", exploring in them the soul and gospel traditions of Asbury Park. The E-Street Band then re-united to record his first Greatest Hits album which was followed by the folk-based solo album, "The Ghost of Tom Joad". The tour for Joad was performed in small venues, featuring acoustic versions of E-Street  as well.

This was followed by "The Rising" with E Street in 2002 and then in 2005 he again put out a solo album, "Devils & Dust". "The Rising" in part expressed emotions about the September 11 attacks, "Devils & Dust" expresses the Iraq War from a soldiers' (and Springsteens') perspective. In spite of rejection of corporate sponsorship, in part because of Springsteens' longstanding anti-corporate politics, (he turned down millions offerred by Chrysler to use "Born in the USA" in a commercial), the album was No. 1 in 10  countries. Indeed, let us all take care not to owe our souls to the 'Enron' store… Sprinsteen has always sung about the everyday problems and situations of ordinary people, centered around his native South Jersey, both with the E Street Band and as a solo artist.  His influences have, from the beginning, included Seeger, his band-mate Woody Guthrie and Bob Dylan, (who he shared a manager with and has been often compared to).

Like them, he has a knack for finding and bringing forth the noblility and honesty found in the struggles of the 'common' people, people who otherwise have not really had their histories recorded, whose voices are not often heard.  For his work, he has won several Grammys', an Academy Award, and induction into the Rock and Roll Hall of Fame.

Sprinsteen speaks from direct experience. Born in Long Branch New Jersey, and grew up in a working class family in Freehold, (he in fact used to practice in the basement of the house next door to my Uncles' there. When I asked if he enjoyed it my Uncle said that, regrettably, that was not at a high point of Springsteens' career but rather the beginning, when he was in High School).

The Jersey Shore Sound, a genre of rock that he popularized and, arguably defined, reverberrates through his albums. What's the Jersey Shore Sound? Well, its' a combination of early 60s rock, R & B mixed with an urban/industrial spoon. It focuses on the lives of everyday people, the power of the underdog. I wonder what will happen to it as developers continue to turn Asbury Park, once a very "Desolation Row" sort of place, into a resort town. For the most part, locals seem to feel its' a positive change, and the infamous Stone Pony still swings its' tail mightily, ever stirring the winds of American music, but without everyday people, where will the everyday lyrics come from?

Characters the ilk of which are slinking slowly from sight in Asbury Park in appear in many of Sprngsteens' songs. Listen closely to, "Blinded by the Light", (recorded by Manfred Mann.) In it, Springsteen describes all sorts of people he met there, as well as the trouble he had getting people in the bars there to listen to him. He doesn't have a problem now, there is almost a Springsteen cult up there. Some people seem to know his every movement, no kidding. But its' a cool thing, not a creepy thing. People are very aware of him because he keeps in touch with them. He still practices in Asbury, makes impromptu appearances at the Stone Pony, still orders steaks from his friend Stan Tovic whos' restaurant, the Adriatic, served the stars for decades, before and after they were in the spotlight. In fact, he's such a down to earth guy that he and his band have the great and nearly unattainable distinction of being the only musicians who come to the Stone Pony that Pocket, the doorman there for decades, always greets by name.  He, (Springsteen, I don't know what Pockets' opinion is), has also been a strong advocate for the revitalization of Asbury Park, and plays an annual series of winter holiday concerts there.

His debut album, Greetings from Asbury Park, N.J., was released in January 1973.

Of the album, he said in a 2005 interview with Nick Hornby in the "Guardian":

"A lot of the music was about a loss of innocence, there's innocence contained in you but there's also innocence in the process of being lost [laughs]. And that was the country at the time I wrote that music. I wrote that music immediately preceding the end of the Vietnam war, when that feeling swept the country. ... So when I wrote that music and incorporated a lot of the things I loved from those particular years, I was also aware that I had to set in place something that acknowledged what had happened to me and everybody else where I lived.

His music ebbed, flowed, changed, developed, and rock rolled with him. He wove in and out of his early folk sound, but the theme of the songs, working class life, remained the same. Very political, he has also been very misunderstood.  His best known album, Born in the U.S.A. (1984), is an example. The title track, a bitter sonnet bewailing the treatment of Vietnam veterans, led everyone to cry, 'Hooray! Patriotism!' Shows how much most people listen to words I suppose, (but then who can be blamed, he did truly rock on that one). But he rocked in protest, not glory.

So, he brings the deepest tendrils of his South Jersey roots to the forefront over and over again. He speaks loudly and unabashedly in beautifully written songs that communicate the voice of people who are often not heard, not recorded, long keeping the tradition of Seeger, Guthrie and others. He has, perhaps, been successful mostly because he has been so honest in a way that we all could be if we chose, not ever really trying to be anything other than what he is. The difference between him and many of us is that he truly knows who he is and thinks its' worth totally rocking out over.  And he's right. 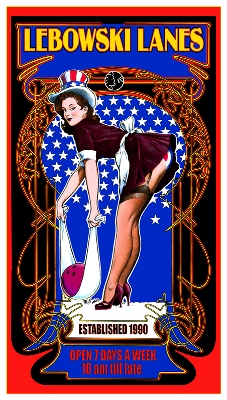 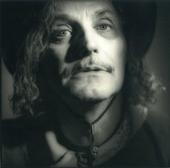 Hunchin' at the Crossroads
The World According to Rob Arthur From Appalachia to Folk & Traditional Music Festivals Past and Present: The Mike Seegers' Unique Lifes' Work

Searching for a Real Outlaw Part I